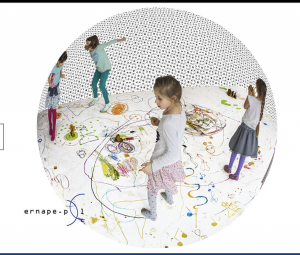 ERNAPE 2019 in Gdańsk was definitely an experience!  And it remains a mystery to me how this research network, nearly 30 years on, still finds ways to renew its people and its resources and  hold new surprises...

The first surprise, for me at any rate, was the city itself!  Steeped in history, for centuries now, Gdańsk can offer its visitor all s/he wants to see and enjoy and discuss and deliberate for hours, especially if the said visitor is a history enthusiast.  The 20th century is particularly well catered for, with the First and the Second World War, as well as the years in between, having an honorable mention.  Because, if Sarajevo can claim the disputed glory of being the ground where the First World War started, Gdańsk has the ‘honour’ of being the cradle of the ‘War to end all Wars’.  Now, as it usually happens on these occasions, this has very little to do with Gdańsk itself, and everything to do with the balance of power between the super-powers at the time and the big egos of various unfortunate male leaders, but all the same, in Gdańsk were fired the first shots of what was to be the frightening bloodbath of 1939-1945.

During this bloodbath, in 1943 to be precise, was born a man who was to play an important role in Polish history many years later.  Lech Valesa.  His name became closely associated with the fall of Communism in Poland.  Because, as you all remember, when the Second World War finished, Europe was divided in two.  A red part, and a blue part, the red ruled by the Russians and the blue by the Americans.  Poland fell into the red part.  The city is beautifully restored after the end of the war bombing, and well kept, money seems it has never been short here, and the port, the shipyards, the amber, play a large part in this.  So the place is well worth a visit!

To our own now.  It is engraved in the ERNAPE philosophy that each host (person and place) puts their own seal on the conference, while we all retain similar research interests and high academic priorities.  So it came to be, that in Gdańsk we had an unusually large number of key-note speakers, as well as our much loved parallel sessions.  This, expensive though it turns out to be, offers two advantages.  First, it gives a lovely spread of research experience from different countries within and without Europe.  So in a couple of days you can find out all you need to know about parental involvement in education in Poland, Malta, UK, USA, make your comparisons, and draw your own conclusions.  The second, and highly important too, is that it keeps us all together as a group for many hours, helping us to get to know each-other, and to function as a team.  The manageable size of the conference, 130 in Gdańsk, is a great help in this direction.

The same spread of countries, education systems and experience is also apparent in the parallel sessions, which have recently been enriched with contributions outside Europe, such as Canada and the US, Australia, Asia and Africa, and give us a global picture of where parents stand in relation to schools.  It is striking to report that regardless of the longitude and the latitude, regardless of the size and form of the education system, and even regardless of its wealth in people and resources, the problems are very similar, and so are the solutions.  This is very comforting!  On the one hand it shows us what we already know, and many powerful forces are trying to make us forget, that people are the same everywhere and they have the same needs and problems.  On the other, it means that because of this, we can learn a lot about each-other, and share opinions and ideas, research and practice.

I would do the organizers, and Maria Mendel in particular, a disservice if I did not comment on the serious effort placed on carefully choosing music and food.  As a long time conference goer I can tell you that it is these small details that can make or break such a gathering.  Personally I appreciated very-very much the small (but not at all insignificant) touches of the delicate sounds, the fresh apples and grapes, the pumpkins and the garden flowers, which all gave a beautiful color to our proceedings and brought me gently to an early Autumn. Much appreciated!

Favourite moment?  Don’t expect me to give an academic example.  There were too many, with old friends and colleagues, and of course my students, presenting their work, it will have to be social.  Food is always my favourite, and there was a lot of good food here, but my real favourite moment was -of course- the children’s medieval ensemble!  It transported me for a while out in the forests with fairies and druids dancing all about me and offering their ancient blessing to the world, long lost and forgotten in this terrible cynic driven reality which surrounds us.

Thank you Maria and colleagues for an all round beautiful experience!

See you all in two years in Nijmegen!
I am sure Eddie has some surprises for us there...